The best Canon DSLR for video listed below has been selected because of its exceptional video quality, usability, and internal memory capabilities.

Cameras of this type are ideal for beginners as well as for those who already understand something in photographing and shooting video.

If you do not know which DSLR camera you want to purchase but are sure that it will be Canon, then you are in the right place.

In this article, we will tell you what to look for when choosing the best digital camera. Here you will see both new and old models and find what suits you.

The Best Canon DSLR for Video

Everyone has different reasons for buying a digital Canon camera, and this is where we come into play. FindTheDecision has reviewed the top best Canon DSLR for video on the market and has given you a buyer’s guide to help you out. Here they are: 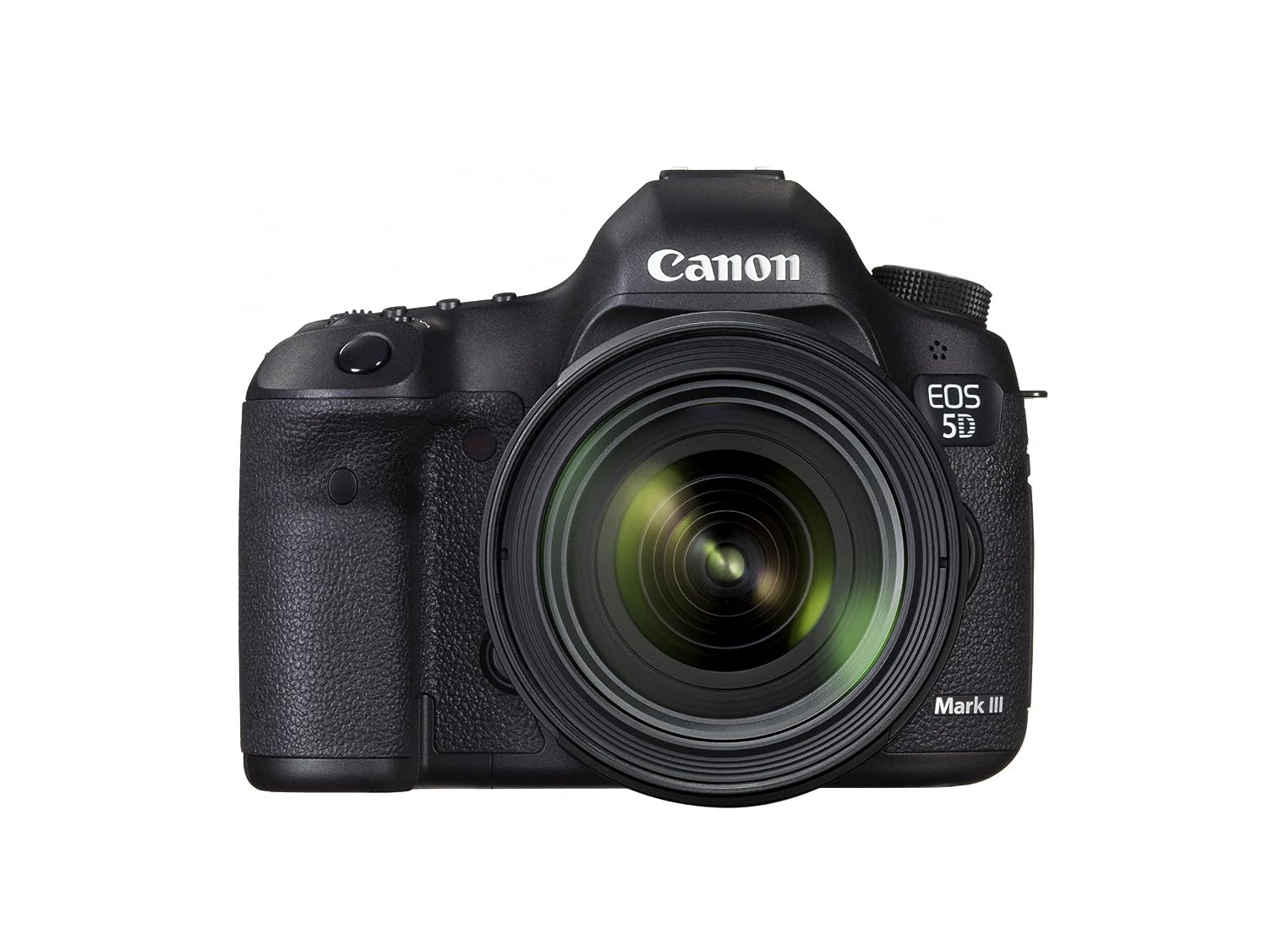 Looking for the best Canon DSLR for video that is suitable for both beginners and professional users? The Canon EOS 80D is a pretty serious device. It can be called a transitional stage between amateur and professional cameras. It is intended for those who have already grown up from the 1x00D x00D family but are not going to take photographs as their profession.

However, even in the EOS 60D generation, the manufacturer visually brought the camera closer to its budget DSLRs and continued the trend in the EOS 70D model. 80D, eliminated from the complex buttons on the rear panel. It looks more serious.

The 80D is in many ways better than its predecessor. Let’s look at the case again, sometimes important details are hidden behind small things. The holes of the built-in microphone moved to the front panel of the case – the right solution. By the way, the audio section now allows you to control the recording level through the headphones. For them, and the microphone on the left side of the case are standard 3.5 mm jacks.

But the main thing, of course, is inside. The 80D received a new sensor, a new exposure meter, and a new processor.

The matrix digitizes the image at 24 megapixels, an increase in numerical indicator of 20%. It implements the second version of Dual Pixel CMOS phase difference detection technology. It allows you to focus when shooting video and taking pictures in Live View. In the first case, it is desirable to have an STM lens, in the second – any autofocus. Both in the photo and the video, continuous autofocus works.

The LCD touch screen is a great tool for arbitrary focus point selection in any camera. And it provides fast and accurate autofocus, using only information from the matrix. If we take into account the possibility of a 10-fold increase in the image for precise point setting, a function that is very useful in many situations comes out.

But the 80D is primarily a DSLR camera, and the classic phase sensor plays a very important role. The number of points has been increased to 45, all of them are cruciform, and the central one is very sensitive.

What about movie shooting?

Even the best Canon camera for video and photo has its drawbacks. 80D does not know how to shoot 4K. It also lacks a zebra for fine-tuning the exposure and C-Log gamma, an option to use a gentle tonal curve for subsequent large-scale color correction. However, this is not a professional camcorder.

But camera easily compensates for this drawback. Full HD is recorded at speeds up to 60 fps. Secondly, at ISO 12800, the noise is in the acceptable range, so that on the screens of mobile devices will be almost invisible. For critical shooting ISO 6400, perhaps the last acceptable.

The picture on the big screen looks good. Here it is in the matrix and the autofocus system.

This simple example shows how automatic focusing has improved. The first part of the video was shot on the 70D in very low light conditions (ISO 3200), the second on the 80D (ISO 12800, the amount of light was halved by the lamp switch, another EV stage was compensated by a decrease in shutter speed).

It can be forgiven for the lack of a function for highlighting the sharp edges of objects, it will be very rare to focus manually, especially when you consider that the point is set by simply touching the LCD screen. 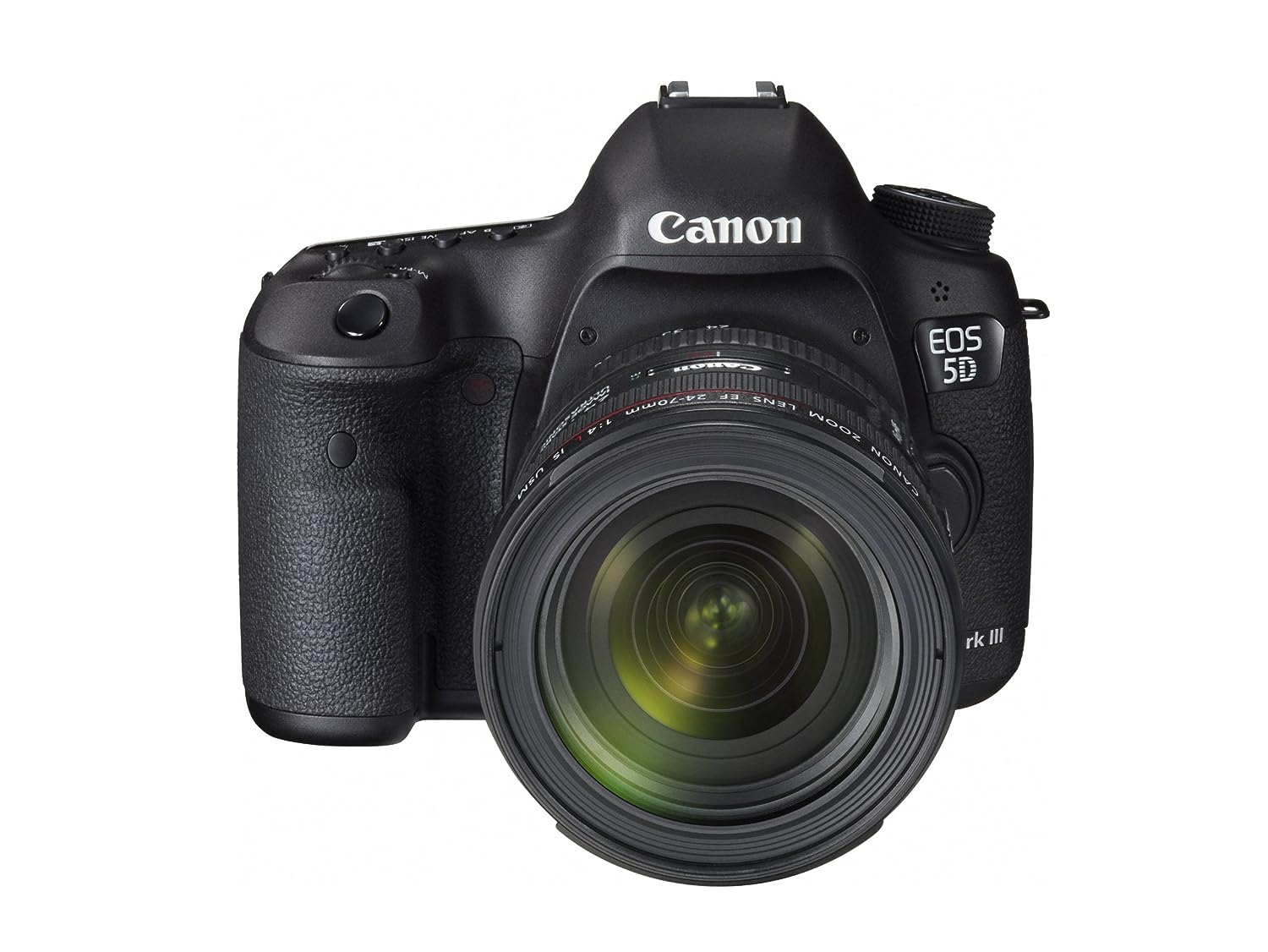 Canon EOS 5D Mark III can not be called a new model on the market. The camera was announced in 2012. But during its existence, it has not only not become obsolete but rather acquired the status of a standard in both photo and video shooting. Any enthusiastic photographer or video enthusiast knows this camera.

It is a camera for video with a large full-frame image sensor 24×36 mm and a resolution of 22.3 megapixels. The sensor is created using CMOS technology. It allows you to shoot at high ISO (sensitivity range up to 25600 with an extension of up to 102400 units), uses the sight on the display and shoots video.

The camera has a rate of fire up to 6 frames / s and is also equipped with the same autofocus sensor as the professional EOS-1D X. All this allows you to use the DSLR camera not only for creative shooting but also as a “workhorse” for a professional photographer. Reporting, wedding photography, sports – all this is within the power of the camera.

The body is made of magnesium alloy, which provides maximum reliability to the camera. Also, the case has dust and moisture protection, so you can take photos and videos even in adverse conditions, for example, in the rain.

The camera has enhanced video capabilities. One of the best DSLR Canon has opened up even more new opportunities for creativity. Which ones? Today this will be discussed.

With a DSLR camera, you can use interchangeable lens, which allows you to shoot virtually any story. For example, the macro is a genre that is practically inaccessible to most cameras. In this case, the shooting scale will be what your macro lens gives: for example, 1: 1 with most conventional models of macro lenses or even 5: 1 using the Canon MP-E 65 f / 2.8 1-5x Macro Photo.

Naturally, the large size of the image sensor allows you to get a very small depth of field in the frame, especially in the case of high-aperture optics. This Mark III feature is especially important for artistic movie shooting. Depth of field can be flexibly controlled by opening and closing the aperture.

By the way, an interesting way to change parameters during shooting is implemented here. When the video is running, several settings can be changed without pressing buttons or rotating the control wheel. The rear steering wheel of the camera has become touch. Just touch it to close or open the diaphragm, change the sensitivity. This does not create unnecessary camera vibrations, and the sound of clicks of the selectors is not recorded on the soundtrack.

The maximum video length is limited to 29 minutes, 59 seconds, or 4 GB of disk space – we still have a camera in our hands, and we have to reckon with this.

In most cases, you will have to focus manually (but this is just normal for video shooting), using a larger fragment of the frame to check the focusing accuracy. Unfortunately, picking focusing in the camera is not provided, and it’s impossible to precisely focus on sharpness without enlarging a fragment.

We reviewed with you the best Canon DSLR for video for 2020.

I hope that our team helped you choose a camera for your needs.

Your opinion is very important to us. To make us even better, please answer the question: why do you need a camera for shooting video? What do you pay attention to first of all before buying?

Best Point and Shoot Cameras Under 300