The best mirrorless cameras under 500 listed below have been selected by FindTheDecision because of their movie features, ISO sensitivity, and customer rating.

So, are you an aspiring photographer or just an amateur?

Many people think about their budget before buying the first camera. And there are lots of important factors to consider.

Even among cheap cameras, it’s hard to find the best mirrorless camera under 500. But it’s real and we will help you.

Not sure where to start? Read on for our top picks for the best mirrorless cameras under $500 in 2020.

The Best Mirrorless Camera Under 500 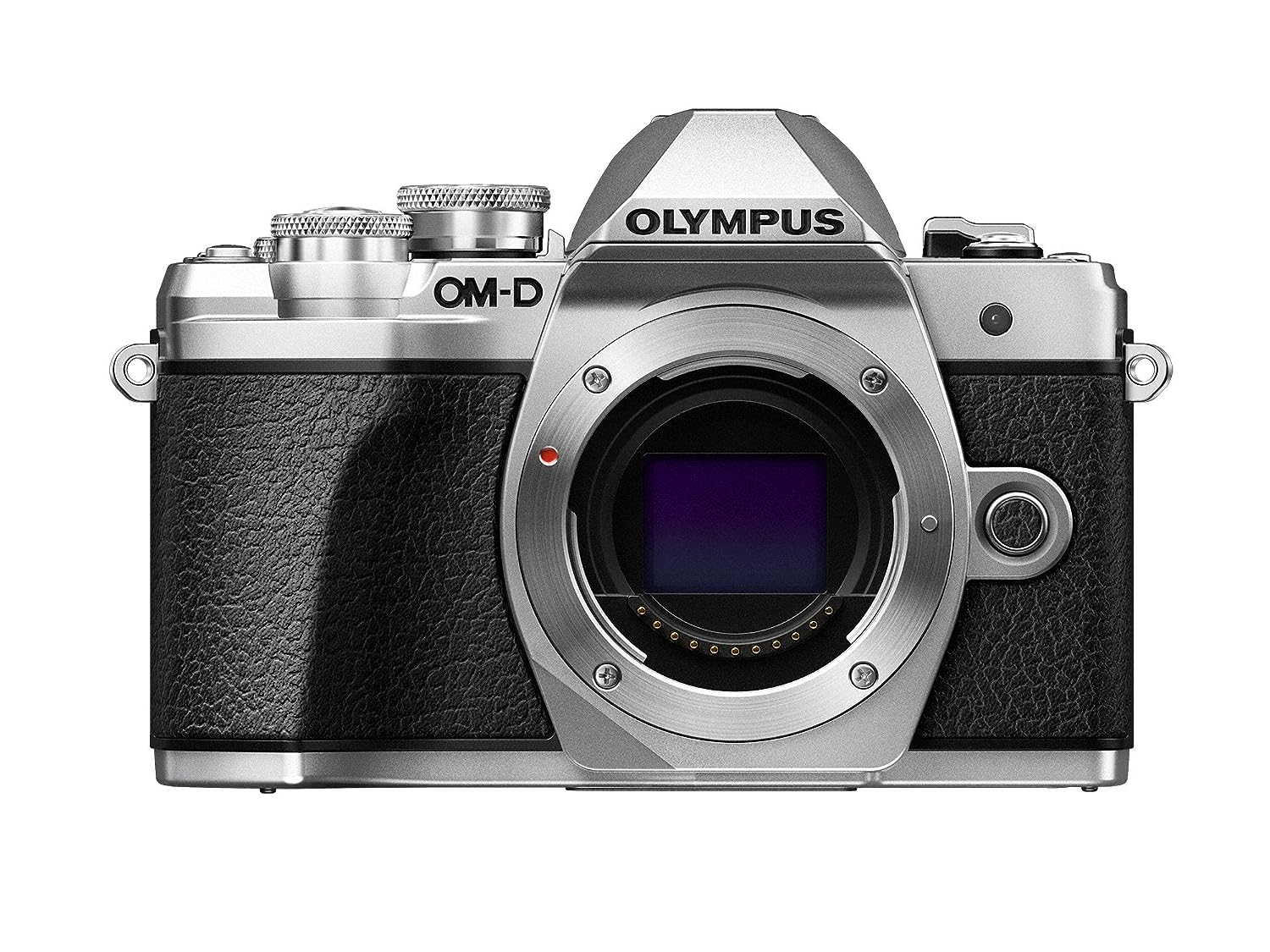 Olympus is deservedly proud of the appearance of its cameras – the company’s designers are very talented in combining retro-style and modernity in them. Only Fujifilm X-T10 can compete in design with the OM-D E-M10 Mark II. Of course, the build quality of the metal case is great.

The most important feature of the camera is the five-axis optical stabilizer, the same as in the flagship OM-D E-M1.

There is an HDR mode that includes many settings. Using the RAW format in it is impossible, but there is a shooting mode HDR without gluing with the ability to record individual frames in a format without compression.

Video shooting has always not been Olympus’ greatest strength. Even in the best mirrorless camera under 500, nothing has changed. All exposure modes (P / A / S / M) are supported, and parameters can be controlled directly during video recording. However, changing the settings is impossible with the usual control dials – only with the help of virtual keys, and in two modes (fast and slow scrolling of values). In the same way, sensitivity (limited to ISO 6400), sound level and zoom are controlled.

On the one hand, it’s a pity that there is no disc management, but on the other hand, do not forget that unlike other best mirrorless cameras under $500 there is no way to connect an external microphone, so loud clicks of discs would be recorded on the soundtrack. Also, virtual key control minimizes rocking and wobbling. Activation of software suppression of wind noise is available, and there are 3 levels of function activity.

Autofocus works in single-frame mode (one-time operation), in continuous mode, as well as in tracking mode – and it works very correctly and unobtrusively, without slipping the desired position. But not too fast when compared with class leaders.

Separately, it is worth noting the function of creating photos during video recording in this best mirrorless camera under 500. Two parallel shooting modes are available, and in both modes there are no restrictions on the number of shots: in the first case, when you press the shutter button, the camera simply interrupts the video, creates a picture with full permission and resumes recording the clip; in the second, photography is done without interrupting the video, but only with an aspect ratio of 16: 9 and a resolution of 3200 × 1800 pixels, and the video must be recorded in MOV format. The speed of sequential shooting here depends solely on the speed of the memory card.

The camera is essentially an evolutionary continuation of the E-M10 without sharp breakthroughs. Yes, there is a new excellent viewfinder, there is support for 1080 / 60p video and a slightly more capacious battery. The main bonus is, of course, the five-axis stabilizer, which gives a wide space for shooting in low light at slow shutter speeds. 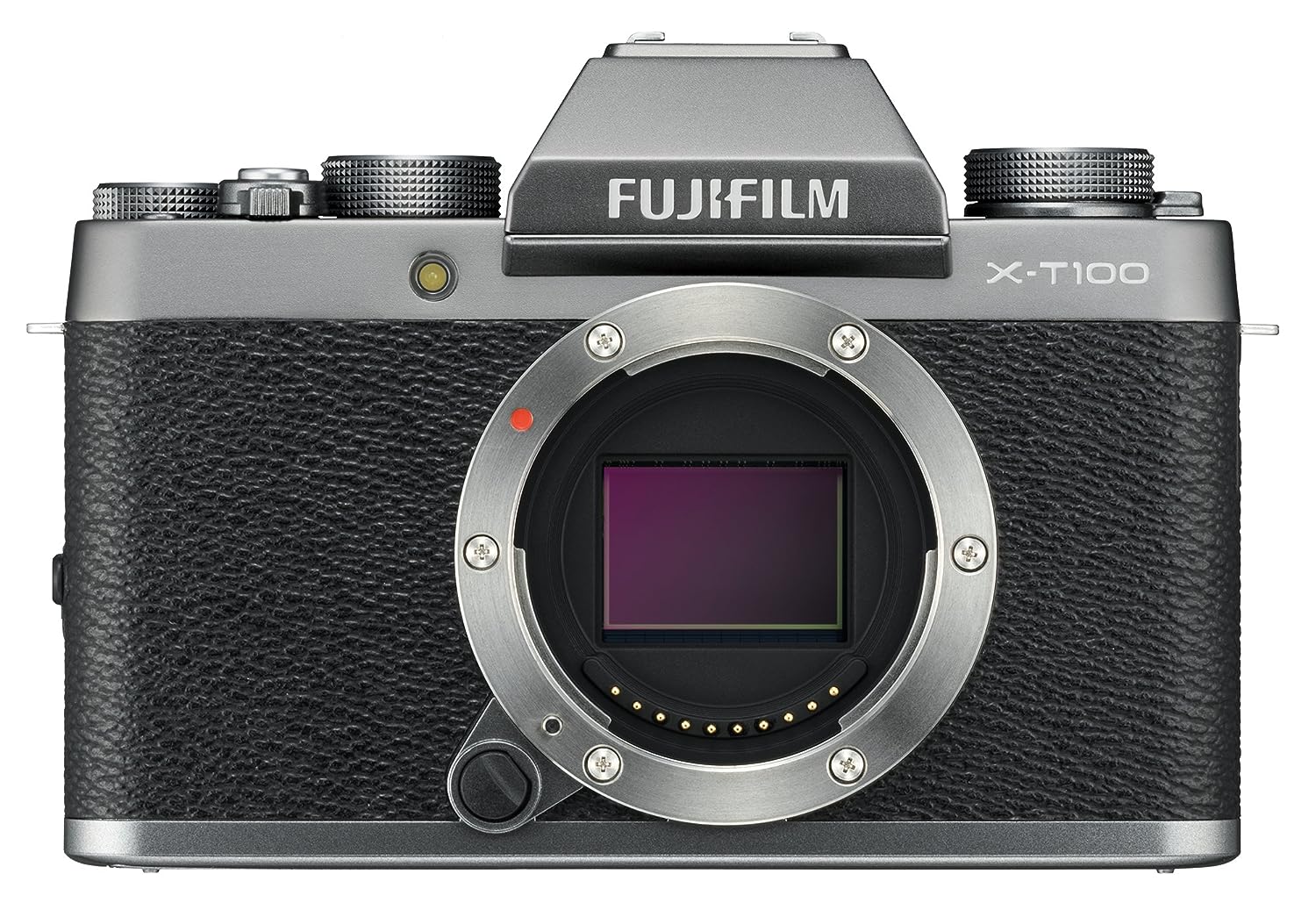 The FUJIFILM X-T100 mirrorless camera is the newest and youngest in a series of models that have the external features of SLR cameras and are made in retro design. Younger models are always the most affordable, so something must be sacrificed for the sake of cheapening. Although in the X-T100 you can find the features of a more advanced model X-T20, and even X-T2, still it has much more in common with the X-A5. Here we have the same matrix with a standard pixel structure and a Bayer filter, an autofocus system, the same serial shooting, and video shooting capabilities, and the presence of a Bluetooth module.

True, her case is plastic, only the top panel is aluminum, with an anodized coating of dark silver, gold or black. Thus, the buyer can choose from three options for external design.

Also, the screen rotates 180 degrees to the left – in a position convenient for selfie shooting and video blogging. However, it can still deviate up and down. And this is an important advantage of the X-T100 over numerous competitors.

The electronic viewfinder has a resolution of 2.36 million points, is equipped with a wheel for diopter correction, has a View Mode button to activate the auto-switch between viewing on the LCD screen or through the viewfinder.

The easiest for beginners in the device is the fully-automatic Advanced SR AUTO (SR + on the mode dial) shooting mode. In it, the photographer does not have to think about the settings: the electronics will select them on their own, recognizing the type of scene being shot. But she also tries to recognize the horizon, highlighting large objects or find faces in the frame, sometimes spending considerable time on this, especially in low light conditions.

In Blend Mode Adv. (Advanced Filter) contains effects that can be applied during shooting to both photos and videos. They are switched by the left steering wheel.

In the “Panorama” mode, the camera takes a series of frames, immediately gluing them into the resulting photo with a wide viewing angle.

Note that in automatic mode and scene programs, you can shoot only in JPEG, and the RAW format is not available. The indicated modes, as well as automatic, work quite correctly, and there is no need to resort to using the “raw” format.

When shooting in creative modes P, A, S, and M, the FUJIFILM X-T100 camera also behaves quite predictably, and for complex situations, it offers a recording of images in RAW format.

Experienced photographers will like the features of the automatic ISO adjustment function of this best mirrorless camera under 500. The menu not only sets the maximum and minimum photosensitivity values but also the maximum shutter speed. Also, for the “Auto-ISO” function, there are three configurable presets, each of which stores combinations of the above parameters.

None of the FUJIFILM mirrorless cameras can do without a set of presets that simulate the color reproduction of previously popular film company.

The X-T100 offers the following presets: PROVIA / STANDARD, VELVIA / VIVID, ASTIA / SOFT, CLASSIC CHROME, PRO Neg Hi, PRO Neg. Std, Sepia, as well as five monochromes, presets. All of them can be used for both photo and video shooting.

The X-T100 also has a 4K Burst mode, in which the burst speed is 15 frames per second, and the selected images from the captured series are saved in 4K resolution (3240 × 2160 pixels). It’s simple: when shooting in this mode, a 4K video with a frequency of 15 frames is recorded on the memory card, from which you can then select the desired frames.

In 4K mode, Burst automatically activates the electronic shutter, when used during the shooting of dynamic scenes, the Rolling Shutter effect may appear.

I hope we helped you choose the best mirrorless camera under 500.

Your opinion is very important to us. To make us even better, please answer the question: Is maximum continuous shooting rate important for you when choosing a camera? Is resolution (effective pixels) important to you?