The best cameras for video listed below have been selected by FindTheDecision because of their exceptional video quality, useful functions for filmmaking and user confidence.

It is not necessary to have a large video camera to shoot a video clip, low-budget film or video for vlog. Now any camera is capable of shooting video.

But which one does it better?

To understand this and find the best camera for video, our team spent 58+ hours of viewing.

The Best Camera For Video

Therefore, it’s hard to choose only the best camera for video from the market. Everyone has different reasons for buying a camera for video recording. To help make your choice easier, we have organized the devices by value for money. Here are the FindTheDecision’s top 2 best cameras for video 2020: 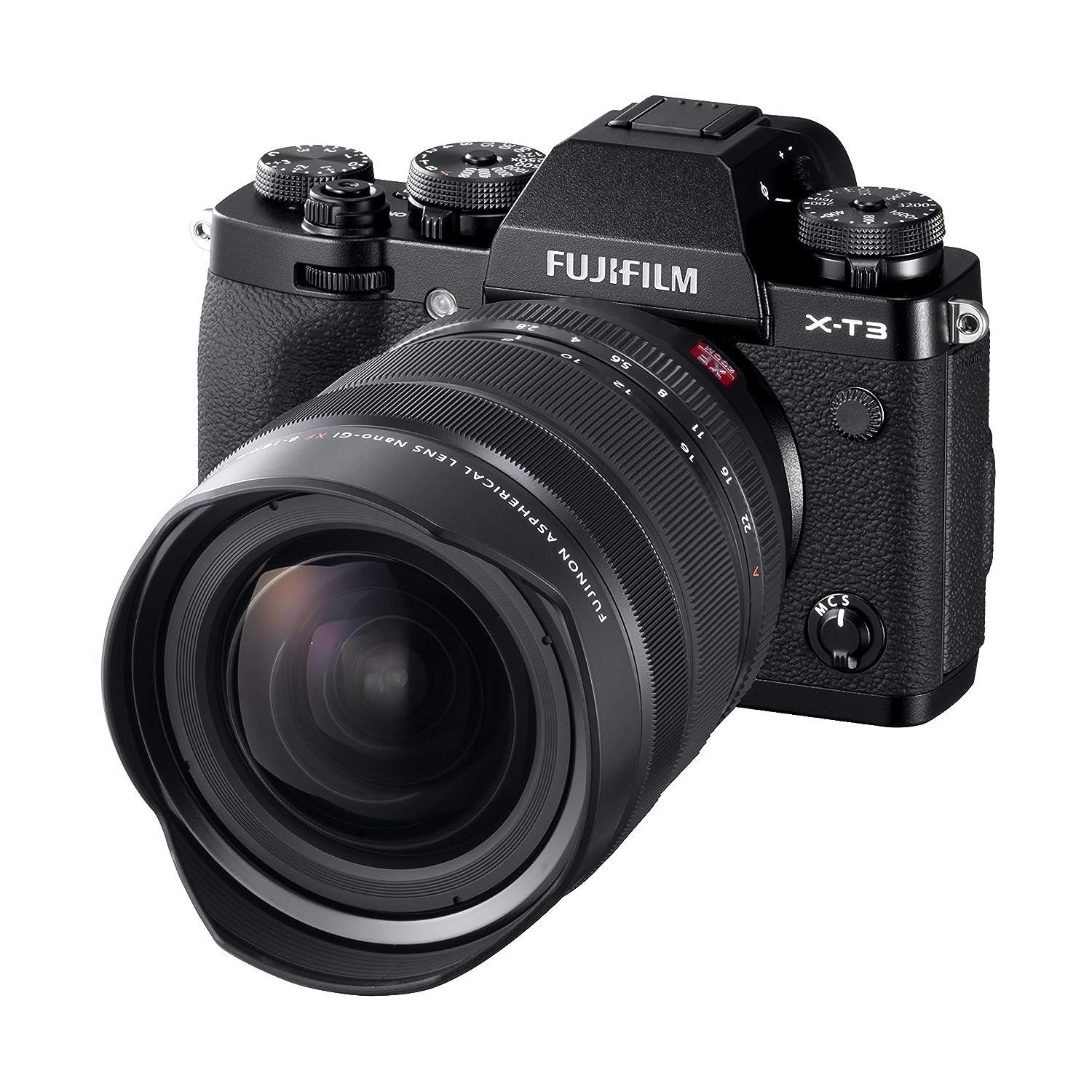 Want to get the best camera for filmmaking on a budget? Look no further than Fujifilm X-T3.

With the release of the new Fujifilm X-T3, you have the opportunity to understand how camera settings affect the image. Also, exposure control by zebra was finally added to the camera, which allowed us to shoot more confidently.

The sensor size of the X-T3 is 23.5 × 15.6 mm (APS-C), which is closer to the standard cinema format Super 35. It is worth noting that the use of full-format Fullframe cameras for video shooting is not always justified.

Small DOF is not used often in open apertures, the margin of the depth of field is more likely to be relevant, especially for sequential shooting. The noise level and dynamic range of the camera are not directly dependent on the size of the sensor. Therefore, the lack of a Fujifilm X-T3 Fullframe sensor is not a critical drawback.

With high-speed shooting, crop occurs to native resolution. The best recording quality is achieved when using a ten-bit HEVC / H.265 codec in maximum resolution with All Intra frame-by-frame compression and a stream of 400 Mbps. These are the camera settings I used when testing.

The main difficulty in getting acquainted with this best camera for video arises when trying to figure out the image settings menu. Fujifilm traditionally uses the names of its photo and film films to select the image style and gamma characteristics.

The camera manual describes these settings as follows:

In addition to the above, there are presets for black and white shooting with the ability to simulate color filters, as well as the Sepia mode. The new firmware adds Hybrid Log-Gamma, which supports 4K video recording in HDR format by the international standard ITU-R BT.2100.

The camera is a delicate instrument for experienced hands and professional use. It does not tolerate accidents like vibration / shaking due to the lack of stabilization. But this can not be considered a drawback, the camera is simply not designed for handheld shooting while cycling.

Any professional will dismiss such a trifle because completely different features are more important for him: film modeling, shooting with 10-bit color depth and meticulous settings to reveal the most subtle nuances. 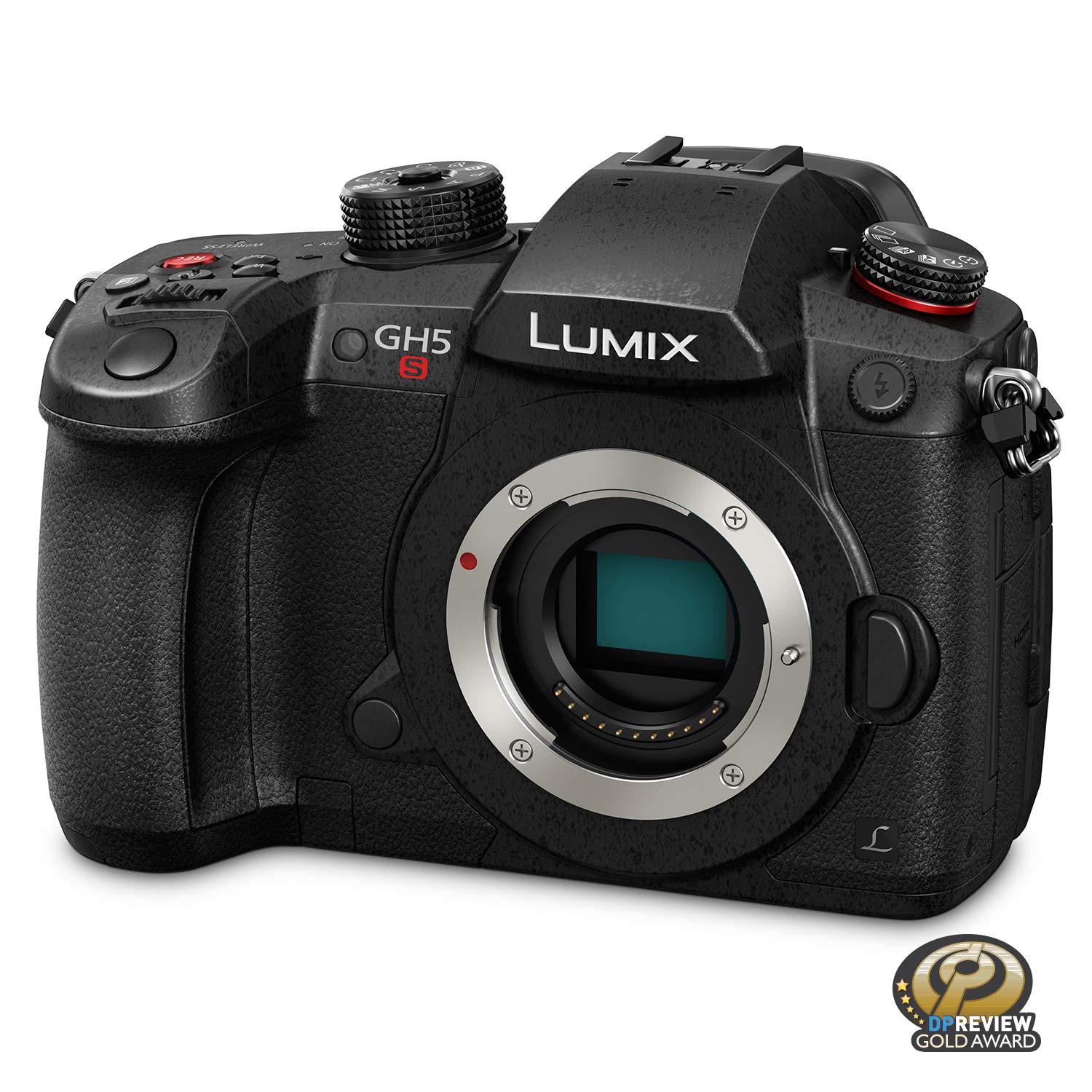 Want to shoot the highest resolution video? You need the best 4k video camera and here it is.

Contrary to all the trends, pushing manufacturers to new records in the field of matrix resolution, the Micro Four Thirds DSLM camera is content with only about 10 megapixels. Add to this that the Panasonic Lumix GH5s is not equipped with an image stabilizer.

First of all, photographers can ask a question: and what should I do with this ?. Not much. That’s because the Panasonic Lumix GH5s is primarily aimed at video enthusiasts, this best video camera has excellently proven itself.

At the heart of the Lumix GH5s is a 10.2-megapixel Four-Thirds matrix. Thus, here we have only half the resolution of the sister model, Lumix GH5. Connoisseurs of technology are already beginning to foresee the following benefits from this fact: less noisy and at the same time more detailed images.

The manufacturer has made other improvements in the field of signal processing: data containing image information passes through two different loops. Depending on the situation, the camera independently chooses the “Low-ISO” – or “Low-Noise” -path for them.

The manufacturer promises above all an improved dynamic range. To achieve this, Panasonic uses 14-bit color depth in RAW-format files instead of the usual 12-bit.

For photos, this sounds pretty promising. If it were not for one small drawback of the relatively modest image size: with a resolution of 3680×2760 pixels, that is, effective 10.2 megapixels, it has enough potential to work with at least DIN-A4 format.

This best camera for video impresses with Cinema 4K resolution at speeds up to 60 frames per second. If the operator is limited to 30 frames per second, it will be possible to read pixels by 4: 4: 2 color subsampling. This means that in contrast to the more “low-level” 4: 2: 0 variant, twice as much information about the image can be recorded here.

10-bit color depth provides a brilliant and vivid display and is also a basic prerequisite for using videos supporting High Dynamik Range (HDR) technology, which also finds their place on board this camera thanks to the HLG standard. And even a flat Vlog-profile for more freedom in post-production is now immediately predefined.

Also, it refused to set any restrictions on the duration of the clips. Now, instead of the previous “almost 30 minutes”, with the help of Lumix GH5s, users can shoot endless videos.

It quickly becomes clear: the camera for video gives moviemakers a huge number of options so that they can express themselves in a variety of ways and creatively. Added to this are also such ingenious functions, for example, importing and exporting a timecode for synchronizing several cameras and, accordingly, the material captured on them, which will be very useful for post-production.

I hope we helped you choose the best camera for video.

Your opinion is very important to us. To make us even better, please answer the question: would you like to make a film or video clip? What video resolution is enough for you?